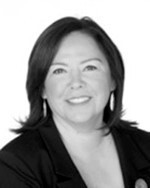 Randy Marchand, Lands Supervisor - Randy has been employed with OKIB since May 27, 1991 and has held the Land Supervisor position since 1995.

Sherry Louis Lands Officer - Employed with the Okanagan Indian Band Organization since 1998 as the Chief and Council’s Executive Assistant and transitioning to the Lands Department in 2015. As a Certified Lands Manager and a Commissioner for Taking Affidavits, her role is to administer land and natural resource transactions, and support community land use planning, environmental management and compliance to relevant legislation.

Don Louis, Unexploded Ordnances Liaison - Currently UXO Liaison for the OKIB, Don has been working full time with OKIB since 2012. Don is a certified UXO Tech 1. Prior to returning home to the Okanagan territory, Don resided in Calgary AB working in the Oil and Gas industry in the technology sector. He was also involved in Real Estate buying and renovating houses.

RLEMP is a land and environment management program that seeks to establish the conditions under which First Nations are able to exercise increased responsibility over their reserve land, resources and environment by undertaking Indian Act land management activities on behalf of the Minister of Indigenous and Northern Affairs Canada (INAC).

To facilitate lands transactions and other Band functions the Lands officer has been appointed as a “Commissioner for Taking Affidavits” pursuant to the British Columbia Evidence Act.

The Okanagan Indian Band reserve lands are as follows:

On average, the lands department works with the Department of Indigenous Affairs Canada (DISC) to register documents related to OKIB reserve lands, in the neighbourhood of 330 instruments per year being an average of 1.3 per day. The due diligence related to registering instruments in the Indian Land Registry can be labour intensive and depending on the complexity can take time to complete.

The Lands Department is responsible to maintain, record and provide advice on the registration requirements for locatee leasing and registered leases and permits within Okanagan Indian reserve lands.

There are currently two registered leases on OKIB band land:

As part of the Boundary Specific Claim settlement, OKIB and Canada have been working on the additions to reserve related to the Beau Park fee-simple properties. To date the following efforts in relation to this ATR have been completed:

In 1877, the Joint Indian Reserve Commission allotted Duck Lake Indian Reserve No. 7 (the “Reserve”) to OKIB. In contrast with the Commonage Reserve, which was also allotted by the JIRC, the Duck Lake Reserve was later confirmed by the McKenna McBride Commission and by Order in Council 10361 in 1938. In about 1912, the provincial legislature passed a law authorizing Canadian Northern Pacific Railway Company (“CNPR”) to build a railway between Vernon and Kelowna known as the Kelowna Line. In the same year, the federal government passed an order in council authorizing the sale of a right-of-way of 17.56 acres through the Reserve to CNPR (the “Duck Lake Rail Corridor Lands”). In 1926, the federal government transferred the Duck Lake Rail Corridor Lands to CNPR by letters patent.

In about 1956, CNPR was amalgamated with CN Rail. In 2013, CN Rail discontinued its use of the Kelowna Line. In 2014, CN Rail sold the right of way lands for the Kelowna Line except for the Duck Lake Rail Corridor Lands to the City of Kelowna. Under the terms of the sale, CN Rail was required to remove the railway infrastructure from the lands. The City of Kelowna and other local jurisdictions formed an Interjurisdictional Development Team (the “IDT”) to oversee the creation of a recreational trail along the former Kelowna Line rail corridor. With respect to the Duck Lake Rail Corridor Lands, CN Rail has indicated that it is prepared to return the lands to Canada in order that they can be restored to the Reserve.

Efforts to finalize the ATR continue.

There is work underway related to the development of an environmental management framework.

There are several Environmental Site Assessments that have been conducted over the years. The shelf-life of an ESA is approximately 5 years.

Follow this link to read about our ongoing Environmental Initiatives.

Between 1943 and 1990, the Department of National Defence (DND) conducted military training activity that included live-firing of explosive ordnance (such as artillery and mortars) on two ranges located partly within Okanagan Indian Reserve No. 1, the Goose Lake Range and the Glenemma Range.

The permits issued by OKIB authorizing DND to use the reserve. Currently, an unknown quantity of UXO and munitions scrap remains on the reserve.

UXO poses a serious risk because it can explode if disturbed, resulting in injury or death. In certain circumstances, UXO and munitions scrap may also cause environmental contamination.

Follow this link to read about our ongoing efforts to remove UXO from the reserve.

DND has made and continues to make some efforts to clear UXO from the reserve; to that end, there is a memorandum of understanding which provides funding to support the UXO Liaison, Don Louis, to work with DND and OKIB on the survey and clearance work on Goose Lake and Glenemma Ranges.

To date, nine Band members have also been sponsored by DND to take the Texas A&M Engineering Extension Service’s UXO Technician I course thereby building capacity in this arena in the community.

How do I get permission to access Goose Lake?